A guide to Maribor

A guide to Maribor

Though it doesn’t get anything like the attention showered on Bled or Ptuj, Maribor has much to offer tourists and families looking for somewhere to settle. Thanks to a calendar packed with events, Slovenia’s second city is always lively with something going on. At the same time Maribor is an ideal base for tourists from which to discover what eastern Slovenia has to offer.

Bi-sected north-south by the River Drava, Maribor is a city of two distinct halves. The oldest part of the city is north of the river, while on the south there are, for the main part, newer residential areas and some industry. With a population of about 110,000, Maribor has the friendly atmosphere of the provinces rather than the impersonal nature of some big cities, and, surrounded by hills, the countryside is always within reach.

Hiring a car is a good idea for exploring the countryside, especially the wine roads, but the Mariborsko Pohorje mountain and its cable car can be reached in just twenty minutes by bus from the city centre. Maribor is cyclist friendly and most hotels have facilities for the safe storage of bikes. The municipality has recently introduced a bicycle rental scheme with hire stations around the city. Passing through the city on its way from Austria to the north west and onwards to Ptuj to the south east, the Drava Cycle Path is just one of the many dedicated routes that allow cyclists of all levels of fitness to explore the region.

In Maribor the old and new have achieved a harmonious balance. The previously run down riverfront area of Lent is being regenerated to create new spaces for musical and theatrical performances and art exhibitions, while on the other side of the Drava, the new flagship medical faculty of the University of Maribor is at the forefront of new architecture. What was once a city associated with heavy industry, Maribor has re-invented itself to become a lively tourist destination, culminating in holding the prestigious title of European Capital of Culture in 2012. Spearheading this cultural and artistic regeneration is Maribor’s young population.

Maribor’s 40-plus kilometres of ski slopes, 27 kilometres of cross country ski paths, numerous chair and ski lifts and cable car combine to make the country’s biggest ski centre. A good proportion of the Maribor slopes are floodlit making night skiing possible. Every January the international spotlight shines on Maribor as the FIS tour hits town for the ‘Zlata Lisica’ – the Golden Fox – a downhill event for women.

In the summer Mariborsko Pohorje takes on a new identity: the Adrenalin Park. It’s a paradise for hikers and mountain bikers. The park has five cycle courses of differing degrees of difficulty, the most challenging being the black route used for the world downhill biking championships. Where in winter the skiers attach their skis to the gondolas, the mountain bikers hook up their bikes, keeping the cable car busy all year round.

The cable car provides a head start for walkers heading for natural attractions such as the waterfalls Veliki and Mali Šumik, or the Črno Jezero or ‘Black Lake’; the tranquil lake gets its name because the peaty water looks black from a distance, though it is actually clear. Closer to the city, Mestni Park is the city’s largest green space; it has a combination of formal gardens and children’s play areas with a handsome arboretum and more rugged trails.

As energetic as they may be, Maribor people also like to lie back and relax in the city’s numerous wellness centres and spa complexes, some of which are part of hotels. Hotel Habakuk, a large five star hotel at the base of the Mariborsko Pohorje, offers some of the best swimming and sauna facilities. Its wellness centre offers all kinds of therapies within its luxurious spa. From June to September Mariborski Otok, an island in the River Drava, is packed with visitors to its three outdoor pools; it’s just a ten minute drive from the city centre.

Slovenians also enjoy watching sport and NK Maribor, the country’s most successful soccer club, plays its home games at the city’s Ljudski Vrt stadium. International games alternate between the capital’s Stožice stadium and the Ljudski Vrt, such is the popularity of football in this part of the country.

Though Maribor has passed on the baton to another European Capital of Culture, the city continues to have a lively and varied arts scene. The city is buzzing with events year round. Some of the festivals celebrate Maribor’s heritage as a trading centre. Timber from Pohorje used to be moved down the Drava by raft on its way to cities in what are now Serbia and Croatia. Though times have changed the customs of the rafters are still observed; tourists can learn about the life of a rafter and enjoy an evening dinner and traditional dancing on a raft cruise.

In June Lent takes place: it’s an international arts festival that brings more than half a million visitors to the city. There are musical concerts, dance demonstrations and street theatre with performers coming from the four corners of the globe. In previous years the festival has enjoyed headlining performances from big names such as Ray Charles, the Afro-Cuban All Stars and James Brown. In contrast, September’s Festival Maribor has a purely classical focus; there are ten performances by musicians from across Europe.

The Stara Trta is Maribor’s best known tourist attraction, a four hundred year old grapevine and the oldest producing vine in the world according to the Guinness Book of Records. Every September a ten day long gastronomic festival finishes with the cutting of the grapes from the vine. The grape pickers, chosen from a different Maribor wine district each year, arrive at the House of the Old Vine amidst much pantomime, the whole town and often lots of tourists having come to watch. The red wine made from the grapes is bottled in exquisitely hand etched glassware and reserved for presentation to visiting dignitaries.

There are fifty kilometres of official wine routes in the countryside surrounding Maribor; they connect wine producers and tourist farms where members of the public can stop to sample the local wines, sometimes with a meal. In late September visitors may be able to try their hand at grape picking as vineyard owners are always happy to welcome more volunteers; the day has a party atmosphere with loud music playing and plenty of liquid refreshment for the workers.

Under the Maribor’s city centre there are 20,000 square metres of wine cellars; they belong to Vinag, one of the country’s largest producers and it’s possible to explore them, and to learn more about how the wine is made and stored, during a guided tour which is rounded off by a tasting session.

Maribor suffered a great deal from damage caused by the Second World War though it still retains a great many buildings from before that time. A walk through the city centre takes in a number of handsome squares packed with elegant Baroque architecture while in the outskirts there are leafy avenues of bourgeois villas and centuries old mansions.

Somewhat unusually, Maribor Castle stands in the centre of the city; it houses the regional museum which includes a diverse selection of exhibits relating to local history as well as an extravagant central hall. Not far away, housed in a handsome nineteenth century villa, the Museum of the National Liberation tells the story of the city’s experience during the Second World War as well as the events that led to Slovenian independence in 1991.

In the southern suburbs Betnava Dvorec is a strikingly pretty Baroque mansion with a candy stripe facade. It’s the seat of the Archdiocese of Maribor and it was here in 1999 that Pope John Paul II beatified the nineteenth century Bishop of Maribor Anton Martin Slomšek. Among a wealth of valuable and historic exhibits within the palace is the wooden throne which was made especially for the Pope’s visit. Slomšek is also remembered in a statue which stands beside Maribor’s Gothic style cathedral. The bell tower of the cathedral can be climbed by arrangement with staff in the diocese offices; from the top visitors can get a whole new perspective on Maribor and the surrounding countryside.

In spite of being hit by the global downturn Maribor remains a bustling city with a strong feeling of community. The municipality is seeking new partnerships with external investors but is also nurturing home grown talent and fostering entrepreneurship among the city’s young population. With good road connections to all other parts of the country as well as being well located for airports in Ljubljana, Graz and Zagreb, Maribor is ideally situated for the demands of international business.

Good value real estate ensures that Maribor remains an attractive prospect among foreign buyers for both investment and for re-location. There are new complexes of modern flats with walking distance of the ski grounds, classical city centre residences within Baroque buildings and luxurious apartments over-looking the Drava, perfect for modern city living. Houses include traditional Austrian style properties, modern family homes and brand new properties incorporating the latest in energy saving features. In the Mariborsko Pohorje there are ‘vikends’, small wooden chalets that many families go to when they want to escape the city. 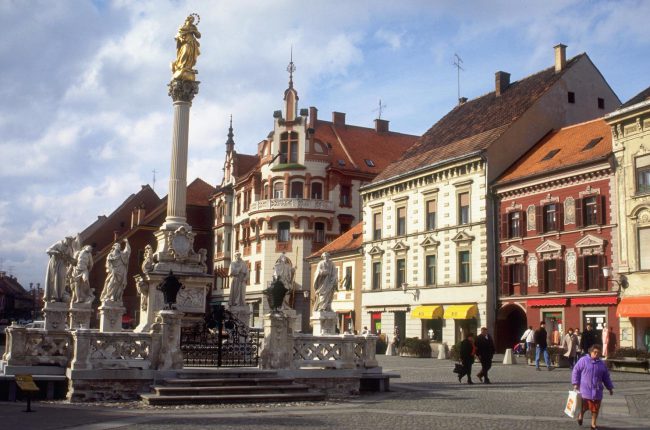 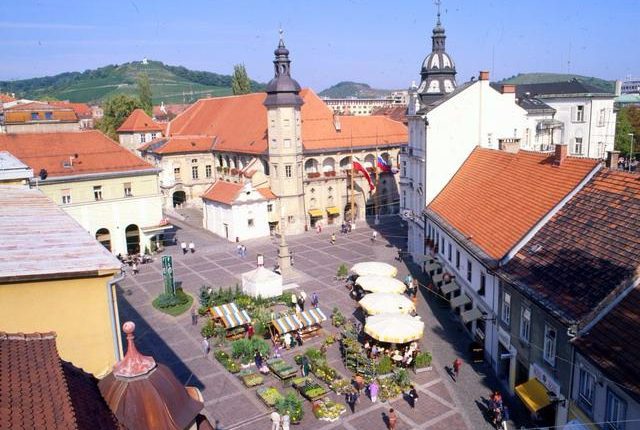 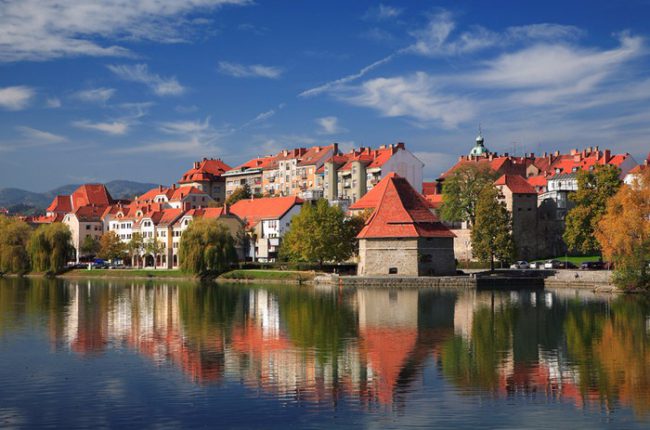