In 1924, the Triglav National Park became the first part of Slovenia to be declared a nature reserve. It is located in the Valley of the Seven Triglav Lakes, and occupies 84,805 hectares of land stretching from the altitude of 2864 metres at the top of the highest mountain peak Triglav down to Tolminska korita just 180 metres above the sea level.

Known as the only national park in Slovenia, this national park in the area of the Julian Alps in north-western Slovenia, gained its name from Slovenia’s highest mountain, the area is one of outstanding natural beauty with it’s picturesque mountain peaks dense forests and lush valleys, it’s a natural environment which is rich in diverse wildlife and fauna.

Triglav National Park (TNP) spreads across 838 square kilometres by the border with Italy to the to the east of the park and Austria to the north. In terms of size the park accounts for four percent of Slovenia’s entire territory. It contains the Eastern Julian Alps which are the Slovenian part of the mountain range.

As the biggest protected area in the country, it’s status of a special protected area, mean’s protection is more rigorous than in other landscape parks in Slovenia which don’t have special status. In other words, it has strict limitations on building tourist infrastructure, in order for the park to maintain it’s naturalness which at the same time, enables it’s many visitors (which are several million per annum) to appreciate it’s beauty.

The area rates is among the oldest parks in Europe. It’s protection first came about in 1924, when an Alpine protection park was created. The official renaming of Triglav National Park was implemented in 1961, but this only included the close surroundings of Mt. Triglav and the Triglav lakes. The park acquired it’s current space and size in 1981.

The park has a wealth of plant species: congenital alpine flowers, fossils of virgin forests, larches which are over a millennium old, the most southern swamplands in Europe, and a number of wetlands. It is also the habitat of a huge range of animal species, such as chamois, mountain goat, golden eagle, wildcat, western capercaillie, hazel grouse, Tengmalm’s owl, to name just a few.

Major Attractions of the Park

A major feature of the park is Slovenia’s biggest glacial lake – Lake Bohinj. It is known to attract various water sports in the summer, while in winter, when it freezes, crowds go to ski at nearby Vogel.

Kluže Fortress, is an old hill fort built to withstand an atack which looks down on the deep gorge of the Koritnica River and is a very popular attraction.

There are several waterfalls in the park two of the best being Savica and Peričnik. One of the most popular tourist attractions is the captivating Radovna River gorge of Blejski Vintgar. Tolmin Gorges is the lowest and southernmost access point to Triglav National Park and quite a stunning natural feature.

Vogel Cable Car Ride is a ride which offers great views of lake Bohinj and the surrounding Alpine mountains which are behind the lake.

Mount Triglav is the highest peak at 2864m. “Three-Headed” mountain which is on the Slovenia flag and a symbol of Slovenia is a mountain many want to climb and you can do so via guides walk ways to the peak of the mountain. You should however keep basic safety in mind and a hired guide is a good idea and also, check the weahter before climbing the mountain or any of the other peaks within the park.

The above are just a few of the attractions but there are many more to enjoy.

Administration of the Park and Awards

Triglav National Park is administered by the TNP Public Institutes which guarantees the protection of nature. In 2003 the park was integrated into the international network of biosphere areas, UNESCO’s MaB (Man and Biosphere).

In 2007 it received recognition for cultural heritage in the architectural heritage category for work done in renovating the Pocar homestead in Zgornja Radovna. In 2008 part of the park – the Soča River area was made Slovenia’s first European Destination of Excellence – EDEN. 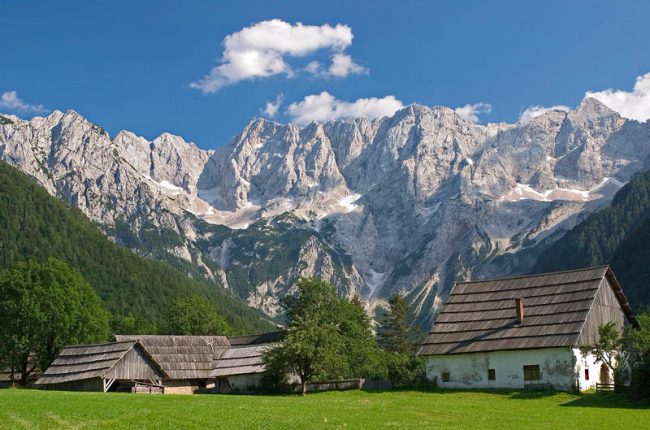 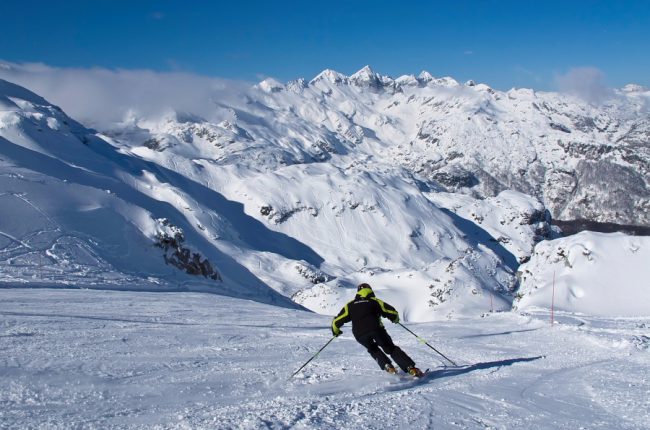 Triglav national park is a must see on a trip to Slovenia for its natural beauty and there are many holiday homes to suit all budgets within close proximity to the park, including cottages, houses and apartments for rental.